It sounds pretty dreadful but in Mozambique, if you take breakfast, you “mata-bicho” – or literally “kill the insect”. The phrase comes from the sadly all too often uncomfortable feeling of gnawing hunger that many have here in the morning. It’s like a beetle in your gut, that needs to be killed to soothe it. This is just one of the peculiarities we have learnt as we have taken language classes in Maputo. Others include the fact that instead of saying the local word for “toothpaste” it is just generally known as “Colgate”, such is the dominance of the brand in these parts.

Life in the balance 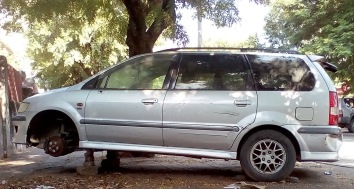 The breakfast issue is a daily reminder though that life is in the balance and many live on the edge. In our previous post we relayed that we had observed economic growth and development in the city but that most, mentioning the residents of a local dump as an example, don’t benefit and scratch a living. 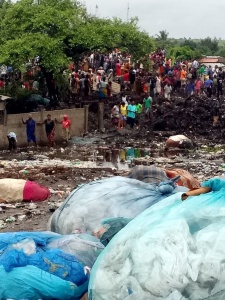 Little did we know that this dump would within the next few weeks hit the world headlines as torrential rains caused the huge piles of waste to collapse, killing at least seventeen who lived under its shadow and making many more homeless. It made world news for two days.

And then the world moved on. The residents haven’t really though. Some have been put into a holding camp. We asked someone whose church ministers to the residents when they will be rehoused and were told “who knows?”. The tragedy continues, as does the dump. 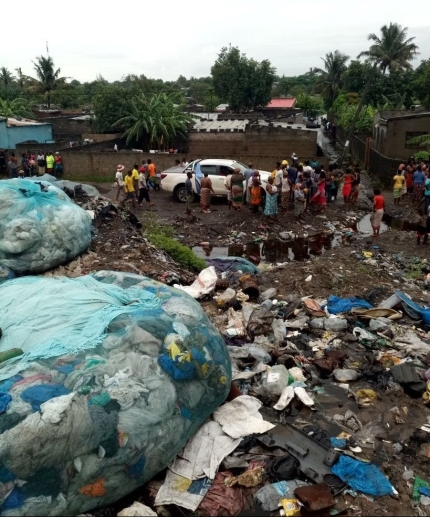 “Quer plástico?” You don’t really need language lessons to pick these words up. You are asked every time you shop if you want one. And as you can see the dump has plenty of it! Therein lies a conundrum. This city needs a place to put its vast quantity of waste, a huge proportion of which is plastic. People can make a living by scavenging the dump, especially for plastic. But we don’t want them on the dump because that is unsafe, unhealthy and can kill. And plastic is a big problem especially in the city here and all along the coastline of Mozambique.

Talking to people here, including the church leader who wants to help those living in the area around the dump, finding answers is tricky. But it is not all doom and gloom. Recycling (in a safe way) and re-using materials is one option that some are already putting into practice. The potential for providing teachable skills to empower people and move out is also possible. Maybe some justice could be sewn for those living on the dump soon, but that’s for a future time and a different blog. For now its back to the language learning…